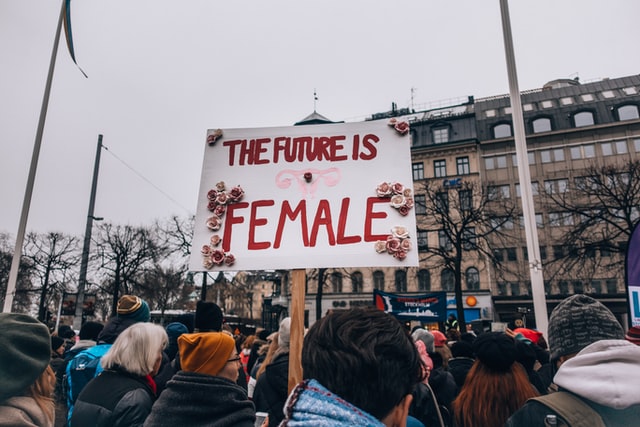 Why Feminists will never change the world,

I was a supporter of feminists movements when I was younger, and I will admit I was young and naïve. I believed everything I heard and read; you know the old logic of if it is written in black and white, it must be true.

I would not call myself a true feminist now, not because I have changed my mind or my thoughts on what feminism should be. It is mainly from all the female hate groups out there. Holy hell, you get some vile, disgusting ideologies out there that somehow believe the only way you can be a feminist is if you conform to their cookie-cutter ideology.

I believe that women should be treated equally to their male counterparts; if we do the same job, we should be paid the same salary. Some women may be better at doing some things, and some men are better at doing other things; this does not make us less or more of a person.

My idea of feminism is women supporting women, not breaking each other down and criticizing one another. Unfortunately, with most women, all they do is attack each other and try to outdo one another. For instance, SWERF is Sex Worker-Exclusionary Radical Feminist. Mainstream feminists against female sex workers, I mean WTF. Who cares how they pay their bills and put food on the table for their children.

Sex workers often have no other choice than to participate in the sex industry as jobs are not always easy to come by. At least they are trying to do something to earn an income. Some women actually enjoy being sex workers, is the concept of feminism not about women choosing what they want to do and what happens to their bodies?

Who are you to attack their choices? Who gave you the final say as to what is acceptable and not acceptable career practices? This is why feminists will never change the world.

Some women don’t want to work, and they would instead get married and have a big family. Who are we to judge their decisions. We are all different in who we are and what we want out of our lives. It does not take away from the fact that we are all women that just want to succeed no matter what path some of them may choose.

Feminsm should be about supporting each other; instead of attacking other women for their choices and because their choices don’t line up to your perceived narrative.

At this rate, feminists will never change the world.

Who are you to attack their choices? Who gave you the final say as to what is acceptable and not acceptable career practices? This is why feminists will never change the world.

What is the scarcity mindset, and how do you change it.

How our pollution will kill us, off as well