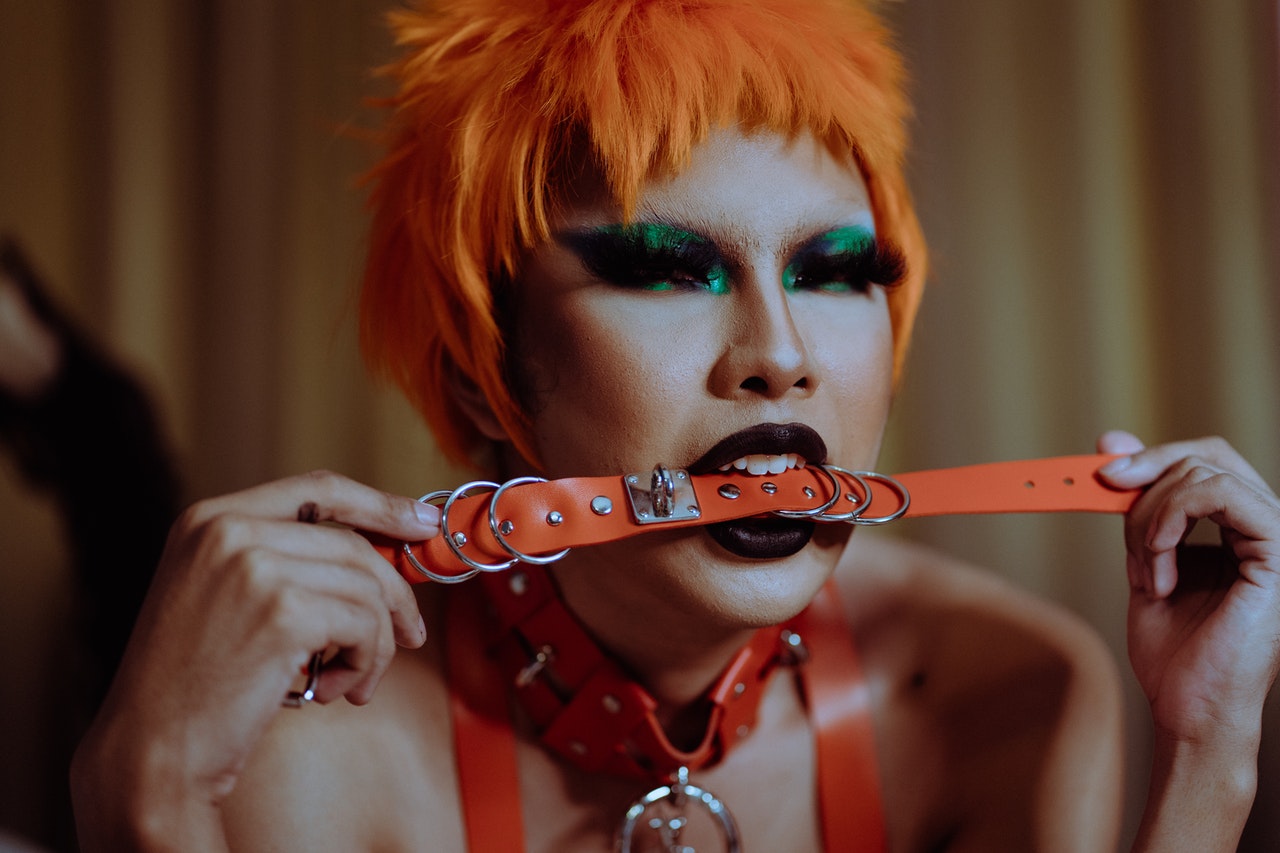 Ball gags, Why so quiet?

What is a ball gag?

A ball gag is a gag placed in a person’s mouth that prevents them from talking; it sits behind their teeth and will keep their mouth open for the duration of play. Ball gags are usually a round shape with straps on either side to tie around a person’s head. The ball itself can come in different sizes and materials; the most common materials are plastic, rubber, or silicone.

When you decide to use ball gags during a scene or play session, always have safewords and signals agreed to beforehand. I mention signals because the idea of ball gags is to prevent a submissive from talking, so they usually won’t be able to say a safeword. You can either use a tap system indicating to go on, slow down on stop with one tap, two taps, or three taps. Another item you can use is a squeak toy based on the same indicators as the tap system.

Ball gags not only restrict talking, but they can restrict persons breathing as well, so always be in the same area as your submissive and make sure they are always in your line of sight, just in case they have an anxiety attack or struggle to breathe.

If you have decided to try ball gags out, start off with a smaller size and ensure it has breathing holes; I would only recommend using solid balls once you are used to the feel of ball gags in your mouth. Don’t use the ball gag in the beginning for longer than fifteen minutes, as with most sex toys and accessories; you will first need to train your mouth and jaw to get used to the feel of the gag. Don’t use a gag if you have sinus, the flu, or any respiratory infections that can affect your breathing through your nose.

As with anything sexual, always make sure you have enthusiastic consent from your partner before engaging in any sexual activities.

Ball gags not only restrict talking, but they can restrict persons breathing as well, so always be in the same area as your submissive and make sure they are always in your line of sight, just in case they have an anxiety attack or struggle to breathe.