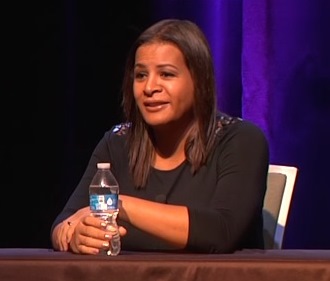 Fallon Fox, a transgender MMA fighter, is the first openly transgender fighter in MMA. I am a huge UFC fan and try to watch as many fights as possible; I will often binge-watch the live fights that I miss. LOL, it doesn’t take much to get into a UFC mood and convince yourself that you can do that for a hot second.

Fallon Fox was born a biological male in 1975; Fallon lived as a heterosexual male and got married at the age of 19 after Fallon’s girlfriend fell pregnant with their daughter. Fallon joined the US Navy afterward to support her family; she served as an operations specialist on the USS Enterprise.

Fallon lived as a biological male till the age of 31. In 2006, Fallon had gender reassignment surgery in Bangkok, Thailand, as well as breast augmentation surgery and hair transplants.

Fallon Fox’s professional record breakdown in MMA fights, she has won three fights through knockout and won two by submission. Fallon lost one fight by knockout to Ashlee Evans-Smith in 2013. Fallon started participating in professional MMA fights in 2012. Fallon only had six professional fights between 2012 and 2014.

After her first two professional fights, Fallon came out to Outsports writer Cyd Zeigler and Sports Illustrated. Immediately there was controversy around the issue of a biological born male participating in the womens MMA fights division.

There were many discussions regarding Fallon and whether she should be allowed to fight in the womens division. Fallon’s last fight was against Tammika Brents on September 13, 2014. Fallon’s won the fight against Tammika in the first round with Total Knockout

Tammika Brents suffered a concussion, orbital bone fracture, and seven staples to her head. After the fight, Tammika took to social media and said, “I’ve fought a lot of women and have never felt the strength that I felt in a fight as I did that night. I can’t answer whether it’s because she was born a man or not because I’m not a doctor. I can only say I’ve never felt so overpowered ever in my life, and I am an abnormally strong female in my own right. Her grip was different; I could usually move around in the clinch against other females but couldn’t move at all in Fox’s clinch..”

Should biologically born males be allowed to participate in womens sport even after they have had gender reassignment surgery? Why did Fallon only come out as openly transgender in 2013 when she was already fighting in the womens MMA division professionally from 2012?

Fallon Fox’s professional record breakdown in MMA fights, she has won three fights through knockout and won two by submission. Fallon lost one fight by knockout to Ashlee Evans-Smith in 2013. Fallon started participating in professional MMA fights in 2012. Fallon only had six professional fights between 2012 and 2014.